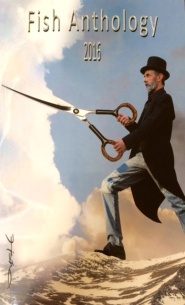 This year I entered the Fish Flash Fiction competition with ‘A Quarter Pound of Tea’ and was delighted to be selected as a finalist by flash fiction judge Nuala O’Connor.

With over 5,000 entries in the four Fish competition categories, my submission was one of 40 pieces published in this year’s Fish Anthology 2016, edited by Clem Cairns, which can be purchased here. The 40 pieces published in the anthology comprises the 10 finalists from each of the four Fish competition categories; short story, flash fiction, short memoir and poetry.

I was also invited to read ‘A Quarter Pound of Tea’ at the anthology’s official launch at the West Cork Literary Festival in Bantry, Co. Cork on July 20th, made possible by Clem and the Fish team who publish the anthology each year.